Motorex Riders Battle it out in Hard Enduro 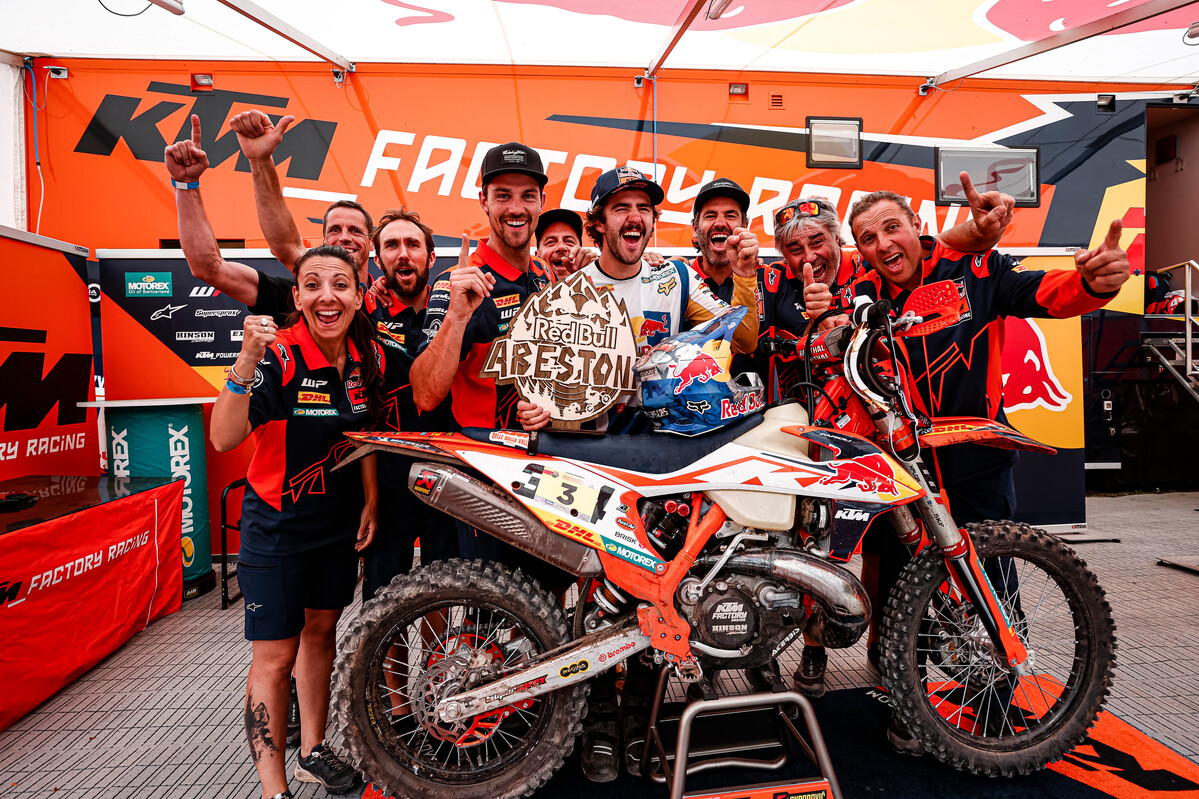 Manuel takes the fight to Billy with Hat-Trick of Wins

Currently riding a wave of momentum, Manuel Lettenbichler headed to the fourth stop of the FIM Hard Enduro World Championship chasing his third consecutive victory. With a winning ride at Serbia’s Xross Hard Enduro Rally in May, Lettenbichler then backed that up with a debut Red Bull Erzbergrodeo victory in June on his KTM 300 EXC. Feeling strong and comfortable in his riding, his goal was to add to that win tally in Italy.

Manuel Lettenbichler: “I’m so stoked with how things turned out today. I felt good all day and was enjoying my time out there. The track was super tough and really physical. It was much harder than last year too. Starting third I knew what to do. I worked to catch Alfredo and then set about reaching Billy. Once in front I just focused on doing my own thing and it worked out. To get three wins in a row has come as a big surprise and it wasn’t something that I expected to happen at the beginning of the year. We’ve got Red Bull Romaniacs next, it’s one of my favorites so I’m excited for that.”

Billy Bolt: “That was a hard race for sure. We knew the course would be difficult, but doing two laps made it even tougher. I’m pleased with second place though. Kicking things off by winning the qualification and straight rhythm was nice. I always enjoy those race formats and qualifying first put me in a strong position for Sunday. Starting out first I knew it was a good opportunity to make some time on a clear track. But with my wrist injury it was hard to hang on during the downhill sections and I just couldn’t push the pace I wanted. When Mani came past, I made a small mistake and lost touch with him. He pulled away a bit and I pulled a gap on third place, so the final lap was about trying to manage that and bring it home safe.”

Saturday’s racing saw action begin with a morning special test style qualifier, followed by an evening’s straight rhythm shootout. Enjoying both of the fast-paced enduro tests, Lettenbichler clocked some competitive times to finish his morning’s work in a solid second place. Riding smart and avoiding taking any chances, he took the straight rhythm battles one heat race at a time to finish third, setting him up with a strong starting position for Sunday’s main event.

Riders faced a seriously tough 31-kilometre lap that would be ridden two times. With the course filled with numerous signature sections, Mani knew the added heat would play a factor in the closing stages, too. With riders flagged away in 30-second intervals, Mani started one minute behind pole-sitter Billy Bolt, with Alfredo Gomez sandwiched between the duo.

With Gomez locked in his sights, Mani was on an early charge to dispose of the Spaniard and move into second. Getting into a good flow with the course, he chipped away at Bolt’s lead and after 45 minutes was on his rear wheel. Setting up a pass, the KTM rider moved into the lead as he reached the halfway point on lap one.

Continuing to build his lead, Lettenbichler looked comfortable out front and was able to control the pace to his advantage. Still strong on the final lap, he pushed on to claim a well-earned eight-minute margin of victory. The win – his third in succession – now moves him to within two points of the championship leader.

The FIM Hard Enduro World Championship moves on to round five at Red Bull Romaniacs on July 26-31, where Lettenbichler will aim make it a fourth consecutive win in the Romanian hard enduro rallye.