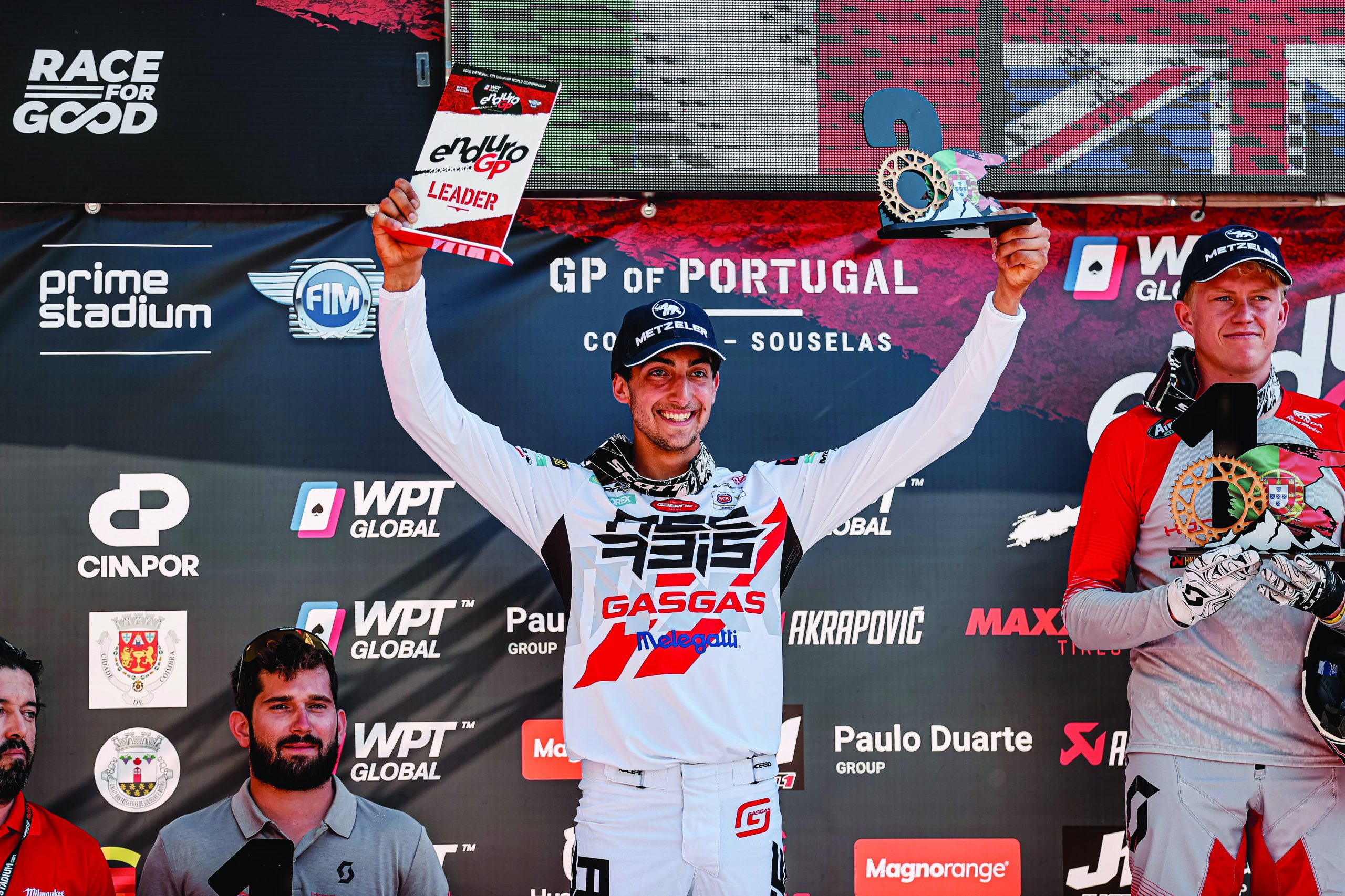 Andrea Verona: “It’s been another good round for me, two good days of racing and leaving with the lead in EnduroGP! The tests were really good here in Portugal and I enjoyed them a lot. I was happy with my riding… I have to say a huge thanks to my GASGAS team as without them it wouldn’t be possible to be leading both championships. There’s now a short break in the calendar, which we will enjoy and then it’s onto Slovakia later this month.”

After two days of epic racing, the Italian charger heads home from Portugal sat firmly at the top of the EnduroGP championship standings having also claimed his fourth straight double class win in Enduro1. Getting round four of the FIM EnduroGP World Championship off to a winning start with a thrilling Super Test victory on Friday, Verona then found himself engaged in a battle for the top spot in EnduroGP on both days. Ultimately placing second overall on each day he also maintained his perfect season in E1 with two impressive day wins.

There’s simply no denying that Andrea Verona just keeps on getting better and better this season. Fast off the line during Friday night’s Super Test, the Italian set a blistering pace to top the overall timesheets by a whopping three seconds, kicking off his participation in round four in fine style!

Verona carried his impressive speed over into the first full day of racing in Portugal as he then stormed to outright victory on Saturday’s opening special test. Going on to claim two further test wins while only dropping outside of the overall top three on two occasions, the 23-year-old claimed a hard fought second overall in EnduroGP, with his pace extending his Enduro1 winning streak to seven consecutive day wins.

Eager to maintain his impressive form on day two, Verona was quickly locked in a three-rider battle for the top spot in EnduroGP with Steve Holcombe and Nathan Watson. Frustratingly, a crash on the second Extreme Test ended his hopes of challenging for victory. However, his day-long consistency ensured he claimed another solid runner-up finish and he now heads to round five with a healthy 23-point lead in the EnduroGP championship. In Enduro1, Andrea continued his perfect season, and he now sits 28 points clear of his closest rival, Thomas Oldrati.

Back on top of EnduroGP and with his confidence at an all-time high, Andrea will return to FIM EnduroGP World Championship action at the EnduroGP of Slovakia on July 30-31.