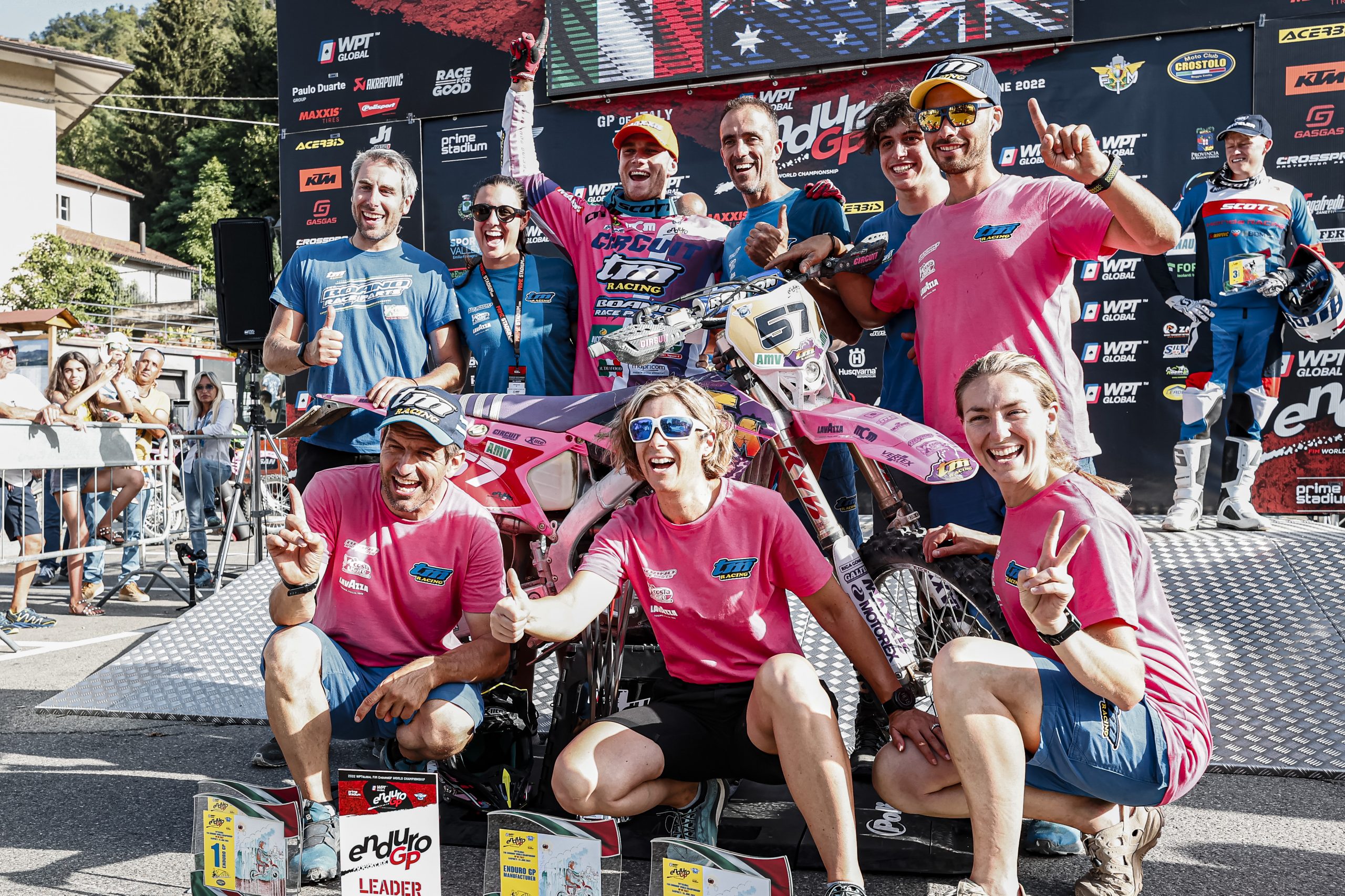 TM Racing’s Wil Ruprecht (Supported by Motorex and Maxxis) claimed victory on the second day of racing at round three of the WPTGlobal FIM EnduroGP World Championship in Italy. With championship rival Josep Garcia (KTM) crashing heavily on the final JUST1 Enduro Test in Carpineti, Ruprecht rode clear to secure the win and with it extend his lead in the EnduroGP standings. GASGAS Factory Racing’s Andrea Verona finished as the runner-up in his home race.

Wil Ruprecht (TM Racing): “After a good fight yesterday with Josep I’m happy to have put in a good ride today to take the win. Of course, it’s not nice to have a competitor take a heavy hit, so I hope he’s all ok and good to go again. I’m happy with my riding, I had a few mistakes but we’re racing right on the limit to win. We’re back to Portugal next week, so I’m excited for that.”

Andrea Verona (GASGAS): “It’s been a great weekend racing in front of my home crowd and to have so many people cheering for you on each test was incredible. I feel like I increased my rhythm and flow today and that my riding was sharp. Let’s see what Portugal will bring.”

After a hotly contested opening day of racing in Carpineti between TM Racing’s Will Ruprecht and Red Bull KTM Factory Racing’s Josep Garcia, all eyes were on the duo to see who would come out on top on Sunday. Ruprecht meant business and fired the first shot by winning the opening Super Test. Continuing his run of rapid form on the Just1 Enduro Test, Garcia topped the time sheets on the opening lap to take over the lead.

Knowing Garcia would strike back on the second JUST1 Enduro Test, Ruprecht had to deliver. And deliver he did. Setting the fastest time as Garcia faltered, the Australian had suddenly built himself a 13-second lead. That advantage remained stable for the next three tests, but the final Enduro Test was still to come.

Pushing hard to claw Ruprecht back in, Garcia ultimately crashed hard. Despite regrouping, he was visibly shaken as he limped home for an eventual 16th overall. Finding himself with some unexpected breathing room, Ruprecht went on to win the day and with it extend his advantage at the top of the FIM EnduroGP championship standings.

With Garcia slipping down the leaderboard, Andrea Verona capitalised and took his GASGAS to the runner-up result. Though not the winning result he hoped for on home soil, the Italian was more than pleased to better his performance from the previous day.

The WPTGlobal FIM EnduroGP World Championship continues with round four next weekend at the GP of Portugal in Coimbra-Souselas on July 1-3.