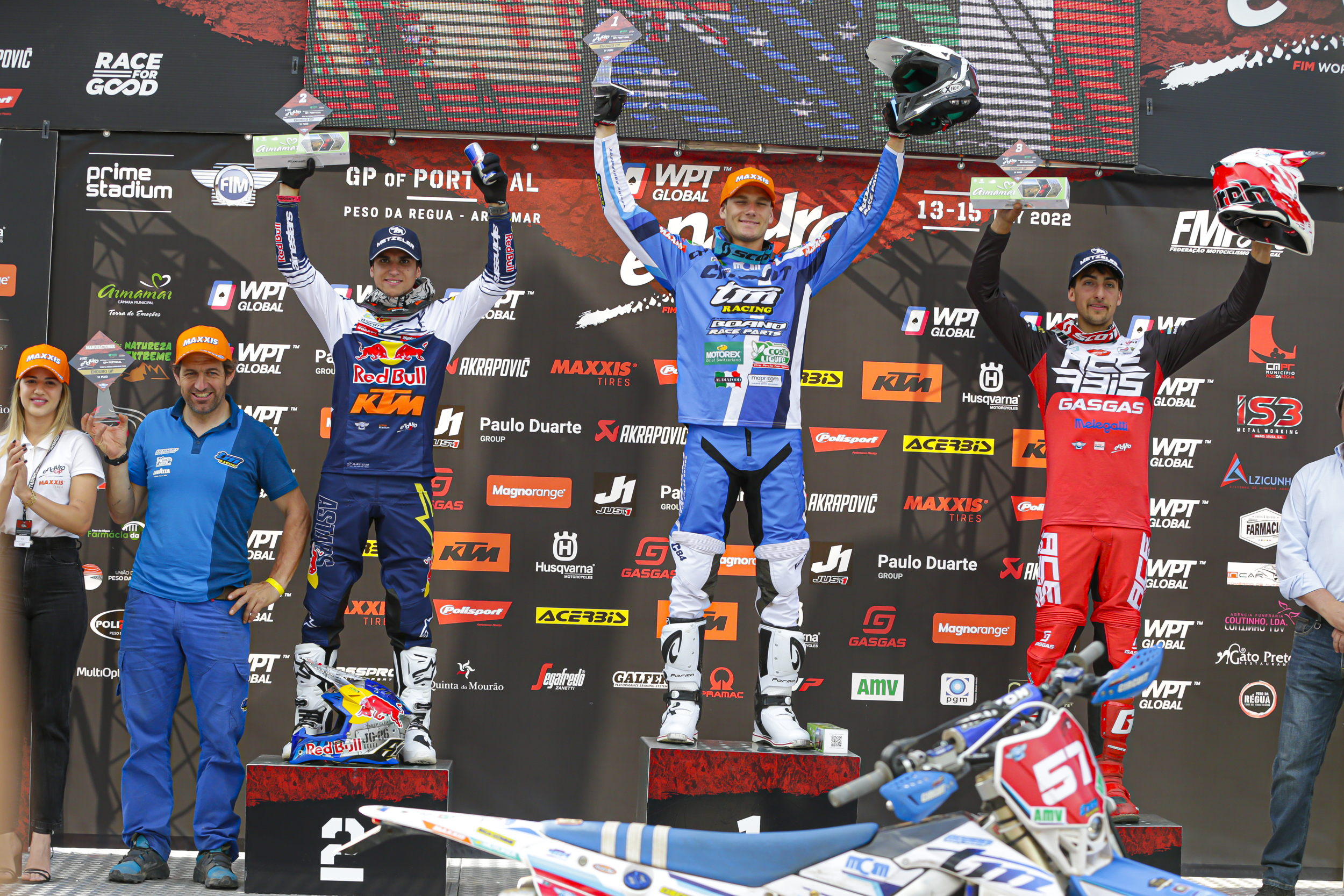 The GP of Portugal kicked off with the traditional Super Test on Friday night and once the racing had wrapped up under the floodlights, the times at the top of the timesheets couldn’t have been closer. With the top four separated by less than a second, Verona placed third overall and top E1 class racer, kicking off his weekend with a confidence-inspiring start.

Wil Ruprecht showed his great skills and won both days of competition in the E2 class and in the prestigious and hard-fought Enduro GP class. On the opening day Wil fought with several riders for the first position and never gave up showing speed and tenacity. At the end of the day, the Australian rider and the whole team celebrated their well-deserved first double victory of 2022, Enduro GP and E2 class. Also on Sunday Wil Ruprecht immediately pushed on the accelerator and for the whole day of competition he remained in the lead overall, recording incredible times especially in the Enduro Test where he always made the difference. The final score is a first place in the Enduro GP and a first place in the E2. Wil returns home leader in both E2 and EnduroGP.

Despite being one of the final two riders to go head-to-head during the opening day’s Super Test, Josep Garcia overcame the fall of darkness and deteriorating track conditions to top the timesheets and carry a narrow advantage into Saturday.

Sunday very much mirrored day one in Portugal, with Garcia fighting with closest E2 rival Wil Ruprecht for both class and overall EnduroGP honors. Despite putting in another strong 12 tests, which saw the Spaniard finish no lower than third, it wasn’t quite enough to take the win with Josep ultimately missing out by just over six seconds.